The Fabulous Felines kicked off the first cat show of the season in Malaysia by organising their Second TICA International 6 Rings All Breed Championship Show on 25 and 26 May 2013 at the Putrajaya Youth Complex. Suffice to say, the show was fun, full of laughter but was one of the worst organised shows I have ever had the opportunity to attend!
We fielded all our cats that were registered with TICA - Putra, Tuksido, Muezza and Boboy. They did extremely well considered they were up against some of the top bengals in Malaysia and I believe internationally! And our Boboy came home with Best in Show in HHP category. Nevertheless, the event was marred by poor organisation - there were no winners ribbons and no rosettes!!!!! The organisers promised to give us the rosettes but ..........
Anyway, the judges (being Japanese) were very creative and created numbers for their winners using paper plates - I want to cry!!!!!!
FYI, a day before the show, I found out that there were no sponsors for the event and hence no door gifts, no gifts for the top ten in each ring, no gifts for the best of each category! We felt that it was not right so I called my suppliers and friends and managed to gather some for the best and second best for each category and top 3 for each ring. We wish to thank Salju Cattery/Feline Stylist, Qitta Catz, LV Prime Blue (cat food), Aikenka (Chris Christainsen products) and Tulipspet (cat grooming products) for their kind contribution, without which, a lot more people were going to be angry.
Enjoy the photos : 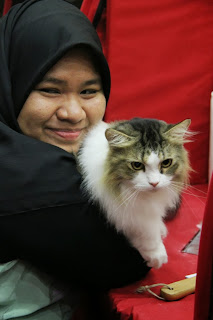 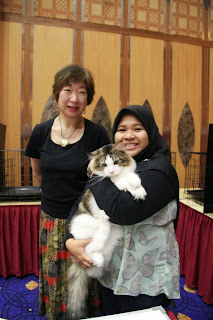 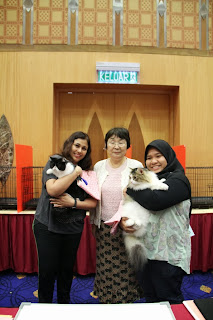 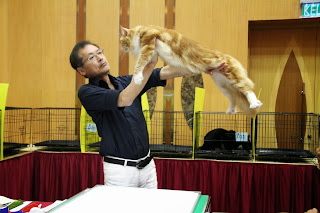 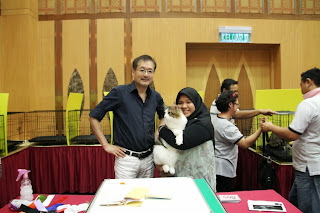 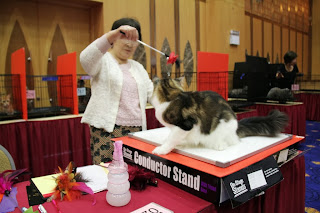 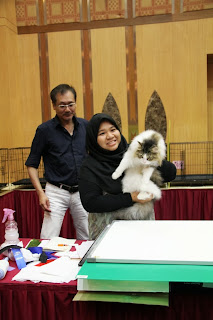 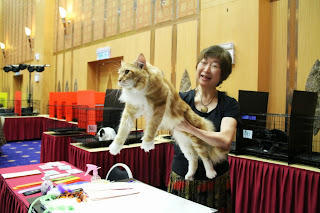 And at the time of editing this page (13/09/13), the results have yet to be posted to TICA head quarters and we are still without our rosettes despite numerous calls, smses, emails, FB messages and postings. A group of us has written to the organiser demanding that they make good their promises before we take the next course of action.