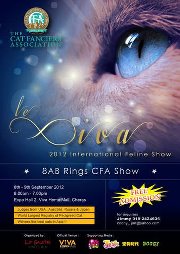 This 8 rings show, organised by the China Phoenix Cat Club, was held from 8 to 9 September at the Viva Home Shopping Mall in Kuala Lumpur. The judges were :

We fielded Putra, Muezza and Tuksido. On the first day, since Herman on-line had yet to declare Muezza as a Grand Champion, Muezza was fielded in the Champion category, same as Putra whereas Tuksido was entered as an open, it being his first show as an adult.
(It was much later we found out after Herman had confirmed his win, Muezza actually managed to gain his Grand Champion title in his first show as an adult in Hong Kong!!!! Am very, very, very proud of him.) 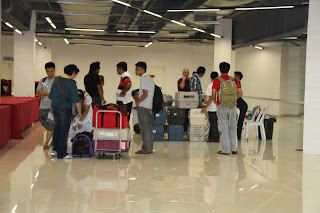 Anyway, day 1 of the show was a blast. As usual, we arrived rather early so had to wait for a few minutes outside the venue before it opened. Vetting in went off smoothly although the vet had to re-check Tuksido as somehow, we missed to clip one claw so had to trim his claw before the vet would sign him in.

The rest of the day went in a blurr. Muezza won the Best Champion of Breed (Yayoi Satoh, Dennis Ganoe & Diana Rothermel), 2nd BOB (Yayoi Satoh, Dennis Ganoe & Diana Rothermel), Best All Breed Champion and Best Long hair in Dennis Ganoe's ring, 3rd Best Long hair in Diana Rothermel's ring on the first day which effectively earned him the GC title if he had not competed in Hong Kong. Anyway, with the good performance on day 1, and after confirming the count, we transferred him to the GC class in the afternoon for the second day of the show. On the second day, he charmed the judges to get 4th place in Allan Raymond's ring and 3rd place in Cheryle Uren's ring. 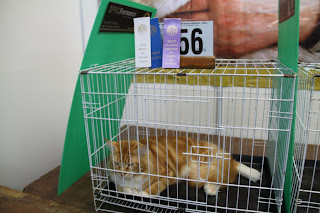 Putra did not really do that well on the first day, he was competing against the likes of Carlos and Versus Sora in his colour class. Nevertheless, he surprised us with a purple ribbon in Kayoko Koizumi's ring earning him additional GC points - way to go my baby!

I am also happy to note that Tuksido won best of colour in all the rings and although he did not win any rosette, he was "honorably" mentioned in Kayoko Koizumi's ring. So proud of my baby who now can wear his CH title with pride. 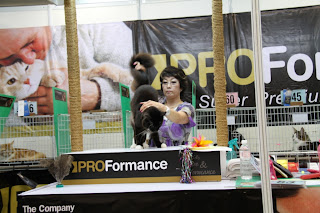 All in all, the Lagendas did reasonably well considering the stiff competition we faced. Congratulations to the winners and to those who did not win, thank you for contributing to our points. And congratulation to Jimmy and his wonderful team, your team did extremely well and will definitely attend future shows organised by you.

To the judges, thank you for using Muezza in your rings, we hope that he will develop further and we hope to improve our grooming in order to be better than before.

And to the Feline Lovers group, congratulations as well. We had fun, without all of you, it would not have been as fun-tastic! 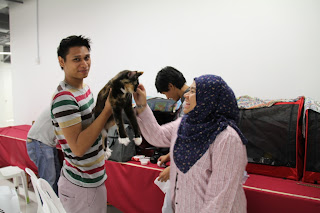 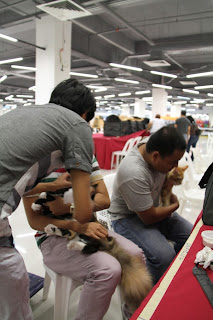 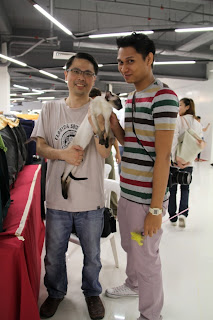 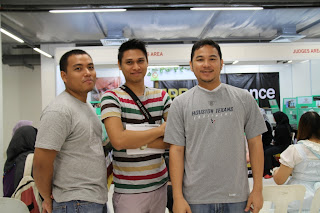 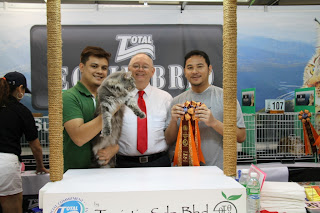 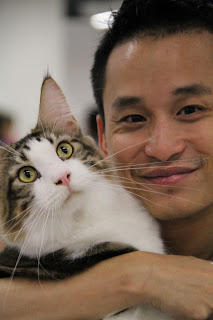 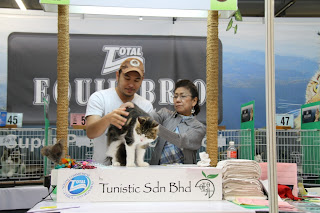 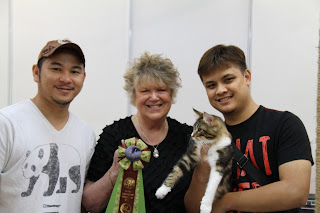 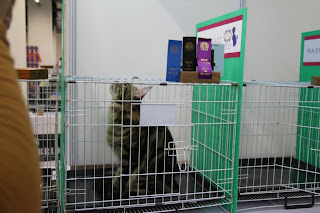 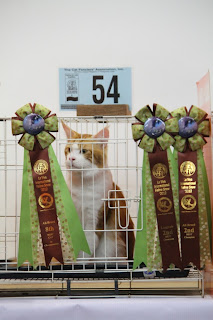 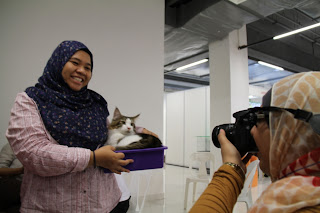 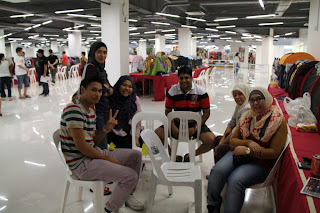 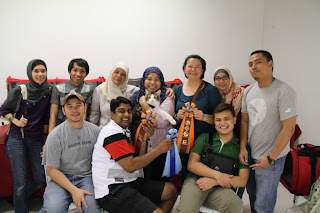 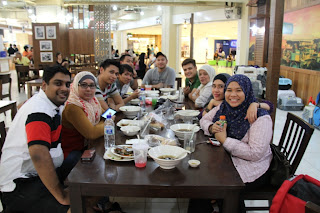