When the CFA International Division Awards Cat Show 2012 event was first announced, we dismissed it as "unattainable" - we are still new, "impractical" - how will the cats survive the trip?, "too expensive" - the trip will cost a bomb, etc. LOL but when we were informed that the organising committee decided to extend the registration deadline, and after considering that the Ciku-Kiwis were sending their 5 months old kitten to Hong Kong, an impromptu meeting was held at our place. In the end, there were five of us going and bringing 4 cats - one each from Zikhafri (Ike, 7 months), Ciku-Kiwi (Bayang, 5 months), Salju (Kanang, 11 months) and Lagenda (Muezza, 8 months) Catteries.

The cats were picked up by the agent, Dr Socka, the night before our flight to Hong Kong. Sigh, even before we sent them off, I was already very worried. Waahhh, my baby is flying for the first time, how is he going to handle the trip? Is he going to be alright? Is the handler going to give him water and kibbles for the trip? What if he poos/pees, who is going to clean up for him? So many questions but all remained unanswered until we see them later in Hong Kong.....


Kanang's photos were all blurry, he could not keep still! So only managed the group photo at the back of the pick-up van..... I really hope that they will be ok.... :( Already missing my baby.... 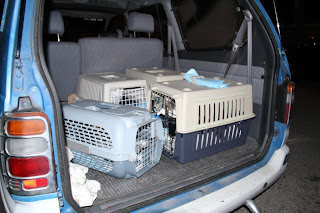 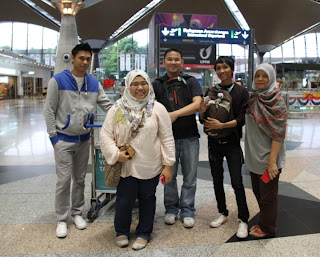 Checking in at the airport and the flight was uneventful, thank God everything was in order. Yati also came along to send us off at the airport, thanks mate. Very excited group! 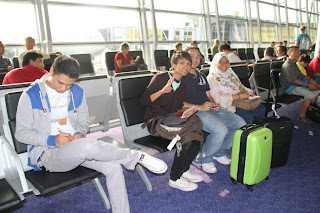 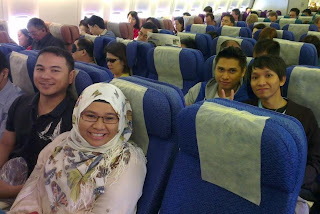 Upon arrival, we were met by Nick Pun and Edmond Tang. Surprised, surprised, Edmond was our "chauffeur" for the day! Wow, we felt like royalty, one of the best American Short Hair breeders in the world giving us a ride - woweeeeeee!!! 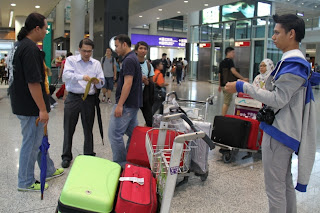 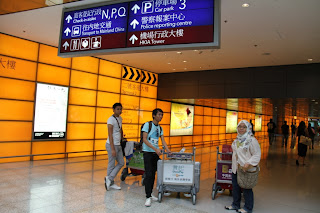 Thanks to Vicky and Max (Bayang's new owner), they had already cleared the cats when we reached the cargo area. The only problem was that Bayang had pee'd in transit so we had to clean him and the carrier in the vet's room. We only had to do the cursory vet check and everything was set to go. Then it was off to the official vet check in Hong Kong.

There was this exotic cat at the vet, sooooo absolutely confident of herself (typical cat!), she actually turned her back on a visiting dog who was barking at her! Sigh, to have such confidence in yourself...... 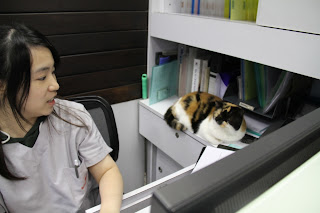 After the visit to the vet, we checked into one of the cutest places I have ever been to. Hong Kong is famous for their small rooms and this hotel was no exception except I've managed to book the deluxe room so had a slightly bigger room with a bath! Unfortunately, the boys had to take a single and a double rooms as the triple room was not available. Hmmmm, the single room was not too bad but the double room was absolutely small for the Cikus.

Day 1 in Hong Kong ended with breaking fast at one of the Indian Muslim restaurant in Tsim Sha Tsui. (Ok ok, I can see eyes rolling but we were tired and we did not prepare well for the trip so we had no choice but to look for an Indian Muslim restaurant to break fast.). The food was ok and the company was great. Pity the restaurant was so dark, we couldn't see what we were eating. LOL maybe that was the reason for the romantic lights, so that we cannot see what was being served. 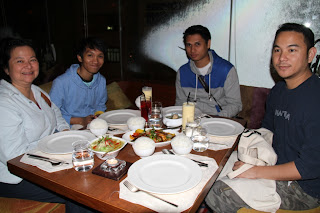 Not a bad start to the journey, everything went smoothly, no major hiccups....