For the first time since we started our cattery, we decided to sent four of our entries to the upcoming Malaysia 2012 Finale Cat Show for grooming. He he he, it was well worth the money, especially since the groomer (Khairul) allowed us to see him in action and answered our every queries and then some. The best thing was that Putra never uttered a meow until he had to be lifted up from the sink! And he actually looked at us (while he was being bathed) that says "Look Mama, this is how it should be done!"

We came back not just with four beautifully groomed cats but armed with so much information on how to groom a cat that Sara has become fired up to try her hand again at show grooming. Hmmmm, that's going to cost a bomb! He he he, sorry Sara. 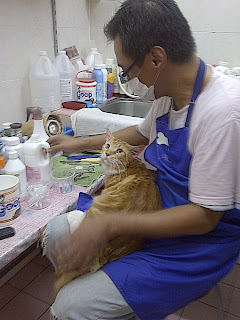 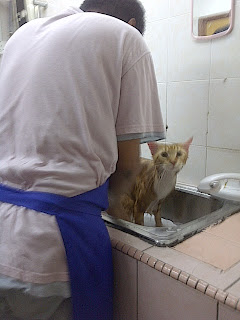 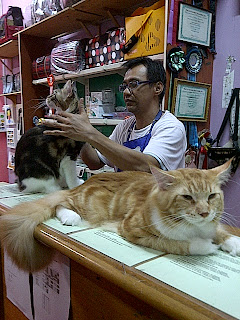